3 Beautiful Hotels to Stay in Singapore

Marina Bay Singapore is a dream destination for world tourists. Its splendor that is highlighted through its futuristic architecture combined with the exotic view of Marina Bay becomes a magnet for anyone.

The exoticism of Marina Bay will be more visible at night. Therefore, make sure you do not book the wrong hotel in Singapore. The following is a review of phenomenal hotels in Marina Bay. By staying at the hotel, you can be content to enjoy Marina Bay until late! After listening to the following reviews, don’t hesitate to book a hotel directly.

This 2011 and 2012 Luxury City Hotel Award winner is inspired by the Peranakan style. The hotel’s color combination is packaged in such a way from neutral natural elements (such as stones, sky, soil, plants, ocean).

This hotel is above City Hall with 769 luxurious rooms and suites. The revitalization carried out in August 2013 presented a new, more interesting atmosphere. The renovation includes the addition of an outdoor lobby, modern cocktail bar and 371 new rooms in the north tower. Each new room is embellished with shades of gray, purple and dark wood accents. The private balcony is designed with local cultural inspiration. Each room is even equipped with a BOSE entertainment system.

Fairmont Singapore has 15 restaurants to ensure you never run out of dining options. For bars, you can visit City Space and New Asia. Both are included in the Sunday Times’ 50 Best Bar in The World.

The hotel’s spa facilities are provided by Willow Steam Spa which is the largest spa in Asia. The spa design is very elegant and modern with a very unique and beautiful pool.

Raffles Hotel and Resort
Iconic for its colonial style, Raffles Hotel and Resort combines grandeur with history and colonialism. First opened in 1887, until now this hotel is still presenting its authentic service. The doorman still wears the Sikh uniform that is an aide or student of an Indian great teacher.

This legendary 125 year old hotel has 103 rooms. The entire building is dominated by white marble and each wooden furniture uses polished teak. The classic impression is the hallmark. The fragrance of frangipani flowers spread throughout the hotel makes it very comfortable. The natural atmosphere is so thick through the clusters of palm forests.

The facilities provided include a spa, a special shopping center with the name Raffles Hotel Shopping Arcade, Jubilee Hall, a Victorian-style theater for premier cultural events, a garden, and a gym. The most special is probably the historical tour that the hotel organizes. This tour provides a glimpse into the history of the Raffles Hotel hosted by Leslie Danker who posted Memories of a Raffles Original and has been a part of the hotel for 40 years.

Raffles Hotel has 15 restaurants and bars. Long Bar is the most famous. The most epic restaurant you must try in this hotel is Writers Bar. This bar is dedicated to the memory of the world’s greatest writers who have stopped by or written about the Raffles Hotel.

Marina Bay Sands
Titled the most expensive building in the world that is designed to be very futuristic and complex, Marina Bay Sands is definitely a phenomenal champion in Singapore.
The hotel consists of three towers as high as 194 meters with Sands Sky Park at its peak. Sands Sky Park itself is an open area of ​​1 hectare that provides a 360-degree panoramic view of Singapore.

The number of rooms spread across three hotel towers is also fantastic, namely 2560 rooms! There are 18 types of rooms where Club Rooms, Grand Club Rooms, and Suites are exclusive types that specifically get access to the upscale lounge “The Club” on the 57th floor. Each room has a private balcony that is connected to each other so that it looks like a hanging bougainvillea garden.

Special facilities are available with the best quality. The Banyan Tree Spa and Banyan Tree Gym which are located on the 55th floor offer full-service views accompanied by views of the Marina Bay horizon and the South China Sea. The hotel’s infinity pool measures 150 meters, making it the largest infinity pool in the world that provides the sensation of swimming above the clouds.

So what are you waiting for? Are you sure you don’t want to stay at these three phenomenal hotels? 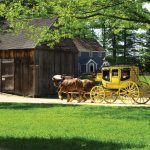 Next Story:
Fun and Free Things to Do in Massachusetts With Kids

About the Author: Christine C