When the first flames of a trade war between the U.S. and China were stoked in the last two years, a number of brands and manufacturers began rethinking their major investment in China, citing the potentially prohibitive tariffs that might emerge. Now, the coronavirus pandemic is proving the final nudge for brands to move forward with diversifying their manufacturing investments and looking for ways to become less reliant on foreign partners for raw materials.

Gelmart International, a manufacturing company specializing in intimates and underwear, does most of its manufacturing in China, along with a factory in the Philippines that opened this year. Additionally, most of the raw materials used in its products come from China. Owner Yossi Nasser said the company has been looking to lessen its reliance on China and other suppliers, diversify its manufacturing geographically and bring more raw material production in-house. Up until now, Gelmart had put off these moves to later quarters.

The coronavirus pandemic has had an obvious negative effect on a host of industries and nearly every part of the fashion industry. But according to Nasser, now is a perfect time to make big structural changes that would be put off in favor of short-term growth at other times.

Gelmart will begin moving production to other parts of the world this year, including the Philippines and Bangladesh, as well as constructing the infrastructure it needs to produce its own raw materials like fabric, foam and elastic.

“Most companies are in for a difficult year,” Nasser said. “But in that way, it allows a reset in mindset. If there’s just no way you’re going to hit your expectations this year, you might as well start setting yourself up for a better 2021. We’re prioritizing some things now that we’ve been kicking the can down the road for too long.”

For Gelmart, there were two main reasons that the company had put off diversifying away from China: The raw materials sourced from China are better quality and more affordable than anywhere else in the world, and setting up a system for producing raw materials at one of Gelmart’s factories would be a significant resource expenditure. Nasser estimated the creation of a system for Gelmart to create its own raw materials at its Phillipines factory would cost 30% more than what it’s paying now to get it from China. Nasser called it “doable, but annoying.”

Gelmart manufacturers product for DTC underwear brand Lively, and it incubated the brand. Gelmart reportedly brought in $200 million in revenue in 2017. It also produces products for brands like French Connection and Feather Bra, as well as creating a $4 bra sold at Walmart.

Other brands are on the way, thanks to the recent changes.

“After we incubated Lively, we set up a more robust incubation system within the company to incubate more brands,” Nasser said. “With all that’s been going on, we will start to pull the trigger on some of the ideas we’ve been incubating there soon. We’ve got one that we are quite close on.”

Right now, brands and manufacturers that get product and raw material from China are in a tough spot.

“Manufacturing has seen a lot of delays here,” said Nasser. “Shanghai is one of the biggest textile hubs in the world, and we’ve been seeing up to three-week delays on getting fabrics out. Even fabric trimming has had delays.”

The idea that fashion companies are taking the moment to focus on future changes was echoed by Vincent Djen, owner of Cheng Kung Garments, a Shanghai-based manufacturer, who said that many of the brands he works with have written off the spring season and are focusing on fall. Outside of manufacturing, rental platform Nova Octo is taking the opportunity to refine its social media strategy, according to founder Silje Lübbe.

“We’re taking this opportunity to fine-tune some things,” Lübbe said. “For example, for a long time our social media presence has been a little plain, a little too product-focused. So since we’ve got a bit of a slowdown, we’re taking the time to change how we make our content and what we post on Instagram.”

According to Nasser, fashion companies should use the opportunity provided by a global slowdown in business to restructure and make long-term changes while they have a chance.

“We’ve had 11 years of economic growth,” Nasser said. “If you’re going to have a cooling off period, which is what’s happening right now, it’s better that it coincides with a one-off event like this. I think there’s a lot to worry about and be cautious about, but hopefully there’s at least one positive to come out of it.” 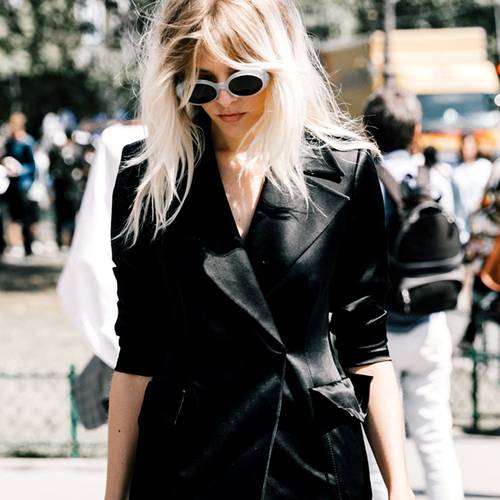 Next Story:
20 Wardrobe Updates to Make by Age 30