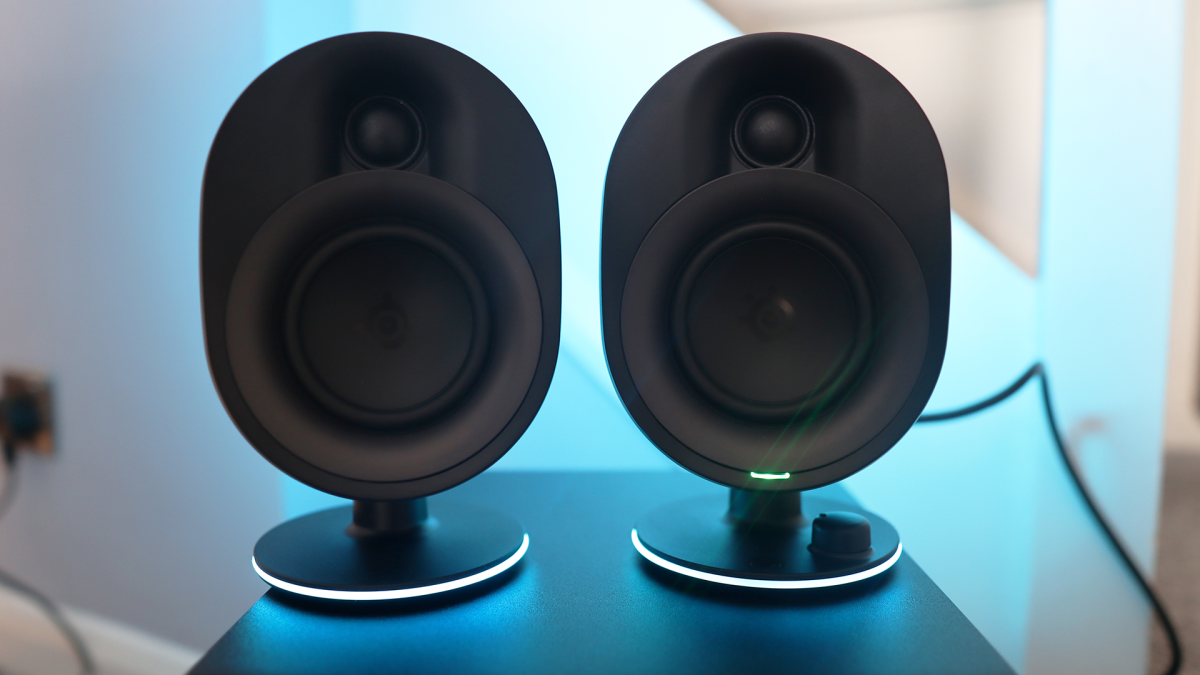 SteelSeries seems to be a brand turning its hand to basically anything when it comes to gaming peripherals and accessories. They already make an assortment of brilliant keyboards, mice, and headsets, so, where’s the next logical progression from there? Ah, I know, gaming speakers!

Yes, you haven’t read that description incorrectly: gaming speakers. They exist. And these aren’t just crummy, small desktop units that have the energy and power of a wet flannel. The SteelSeries Arena 7 sound brilliant, I must say, although when you read into them further and find there’s a $300 (opens in new tab)/£300 (opens in new tab) asking price attached to them, things begin to make sense. But more on sound quality a little later on.

The Arena 7 is actually the middle child in the brand’s all-new Arena lineup of speakers. At the bottom end comes the Arena 3, which gives you the two main desktop units I have here; upgrading to the Arena 7 adds a 6.5 inch subwoofer for extra rumble and low-end goodness; and finally, spending £550/$550 brings the powers of 5.1 channel audio to PC gaming by adding rear and central speakers to the party. Of course, separate units are likely to provide better immersion than a single soundbar or set of speakers, but the real question is whether a set of gaming speakers is actually any good.

Well, given that all-important prefix of ‘gaming’ attached to a set of speakers, it would be easy to assume that SteelSeries had cranked up the bass and left these to sound like a muddy mess. I’m pleased to report that most certainly isn’t the case. The Arena 7 sounds rather good indeed, with a precise and detailed sound with excellent clarity to boot. It handled pretty much everything I chucked at it with ease, be it the smooth bass and synth combo of Genesis’ It’s Gonna Get Better, or the light, emotive tones of James Taylor’s Lighthouse.

A lot of the credit for such brilliant audio comes down to the fact the Arena 7’s 6.5 inch subwoofer offered marvellous extension and rumble that made bass heavy tracks such as Yes’ Roundabout a sumptuous listen, as well as also making gunfights in Counter Strike (yes, I play with bots, please don’t leave angry comments) all that bit more immersive. At times, the bass did admittedly become a little too much, but you can dial it down thanks to the handy knob on the back of the subwoofer itself. Speaking of immersion, the wide soundstage afforded by having distinctly separate audio channels made games more engaging, as well as music, and films, too. If you’ve got the space, the Arena 7 may well be a formidable home theatre setup, too.

Moving away from audio quality and into the Arena 7’s feature set also reveals something equally rich, especially with regards to the ways in which you can use the speakers. The back of the subwoofer reveals a lot of connectivity options including USB Type-C for direct connectivity to PCs, as well as optical audio if you do want to hook them up to a TV, and a 3.5mm audio jack for use with other devices, as well as the ports for plugging the speakers themselves in. Things don’t end there though, as the Arena 7 also supports wireless connectivity over Bluetooth. This is an absolute game-changer for me, especially as I’ll more often than not power down my PC and use my phone to listen to music or podcasts, and to have the ability to quickly pair my phone to the Arena 7 if I’d prefer a more immersive experience is excellent.

It’s not just on the hardware side of things, but also within software when connected to a PC where SteelSeries have done well. The Arena 7 works with SteelSeries Engine (now contained within their all in one tool, SteelSeries GG) and it’s in here where you can unlock features such as enabling spatial audio for an even more immersive experience, as well as to fiddle with and setup EQ settings so you can get sound just so.

In addition, you can also configure the speakers’ RGB lighting inside Engine, as found on the back of the main units (unfortunately, there isn’t any on the subwoofer), which is in itself especially vibrant and gives the speakers a sense of personality. By default, the lighting will cycle through an assortment of colours, and it’s all very striking. Turn on any music, and it’ll attempt to match the lighting to the audio, with varying degrees of success admittedly; stick to songs with simple bass and drums, and you’ll have a full on party going.

The design of the Arena 7 doesn’t scream that they’re a gaming product, like a lot of other peripherals tend to do. Instead, SteelSeries has opted to give their latest release a refined and sleek aesthetic, with smooth curves around the main desktop speakers themselves that help them to look excellent. The subwoofer by comparison is, well, an unassuming black cube; there isn’t much else to say about it. Build quality is also generally solid, with the speakers offering quite the heft to them, acting as a reminder these aren’t a throwaway item.

All in all, the SteelSeries Arena 7 is a worthy option for anyone wanting a set of gaming speakers to offer a more immersive sound in games and music alike, as well as also for those wanting the oomph of a subwoofer to go with the main units themselves. $300/£300 might seem like a lot of money, but for what you’re getting, it actually represents pretty good value for money. Rest assured that if I had the space for the Arena 7s in my setup, they’d be a mainstay for a very long time to come. 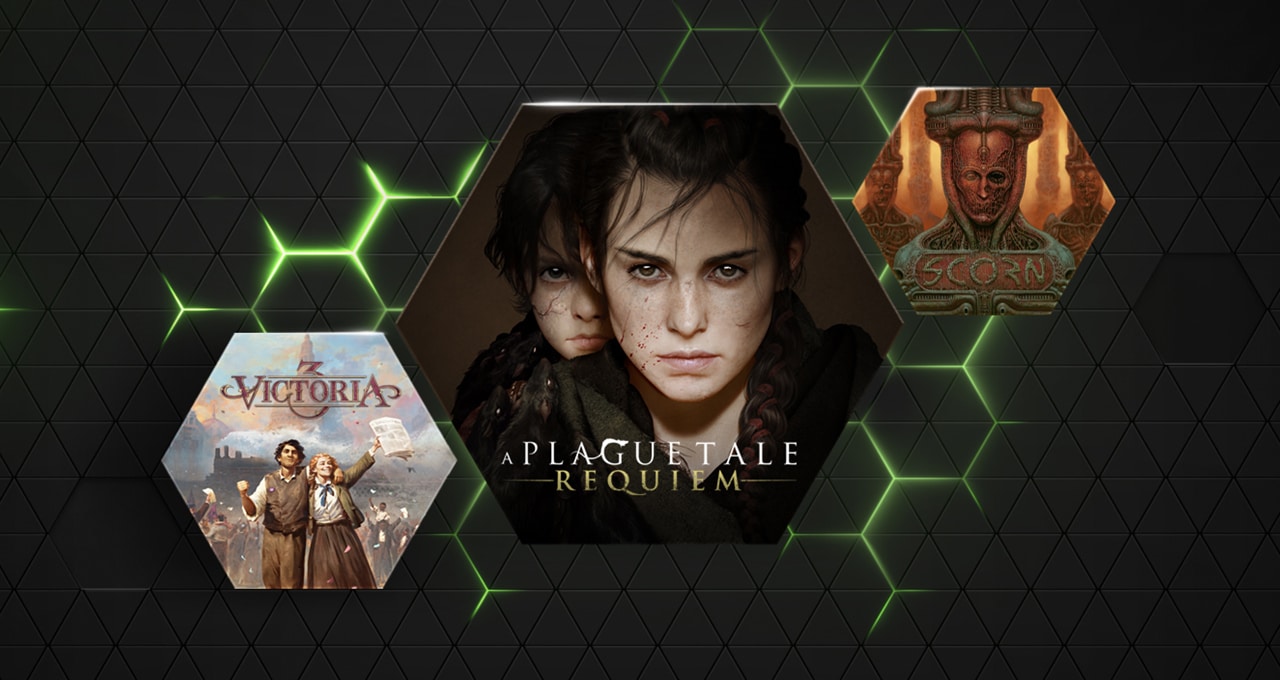 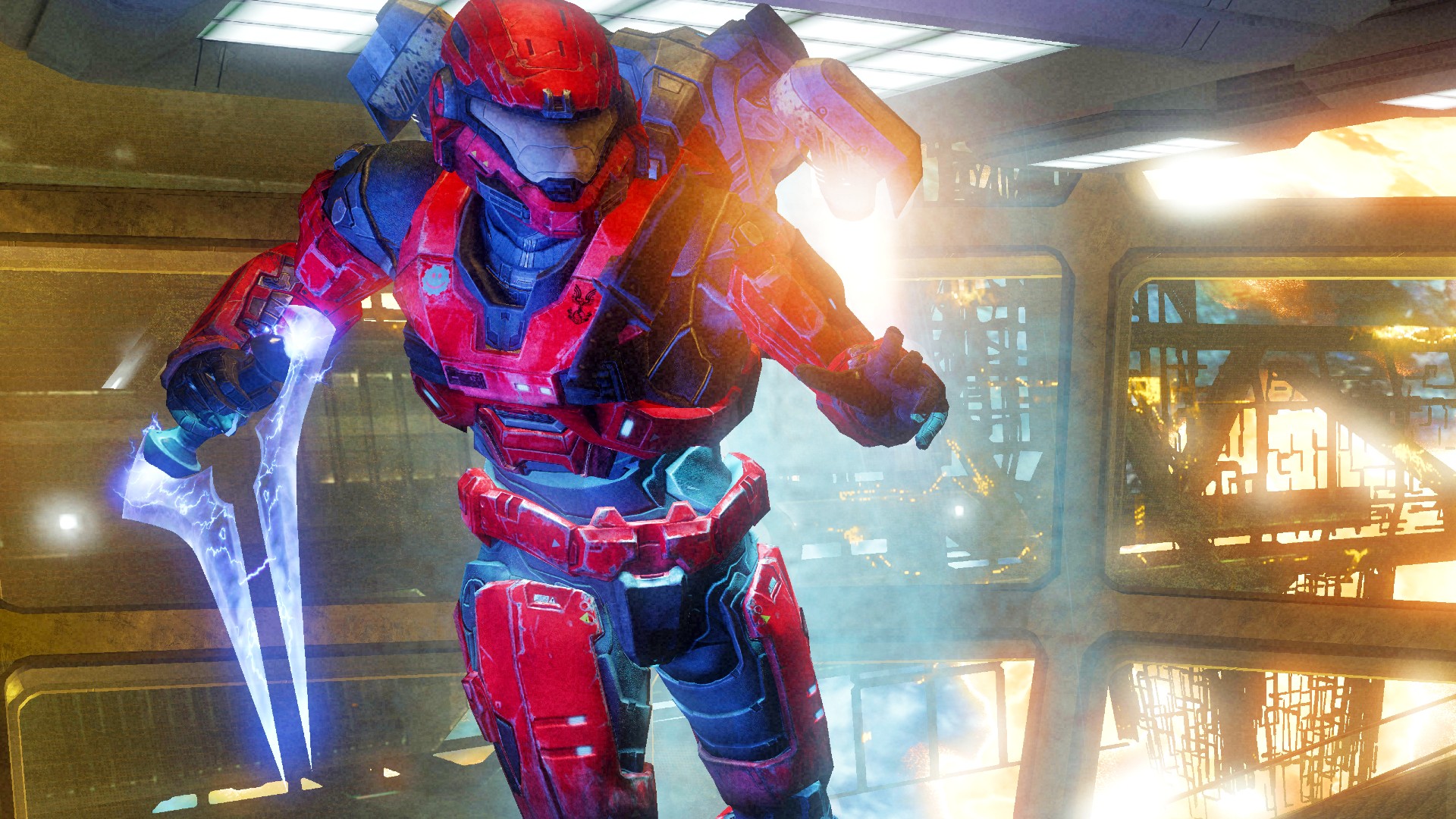 Next Story:
Halo’s best Bungie campaign has its worst element set right after 12 many years