Review Roundup For A Plague Tale: Requiem — How Does This Bleak Sequel Fare? 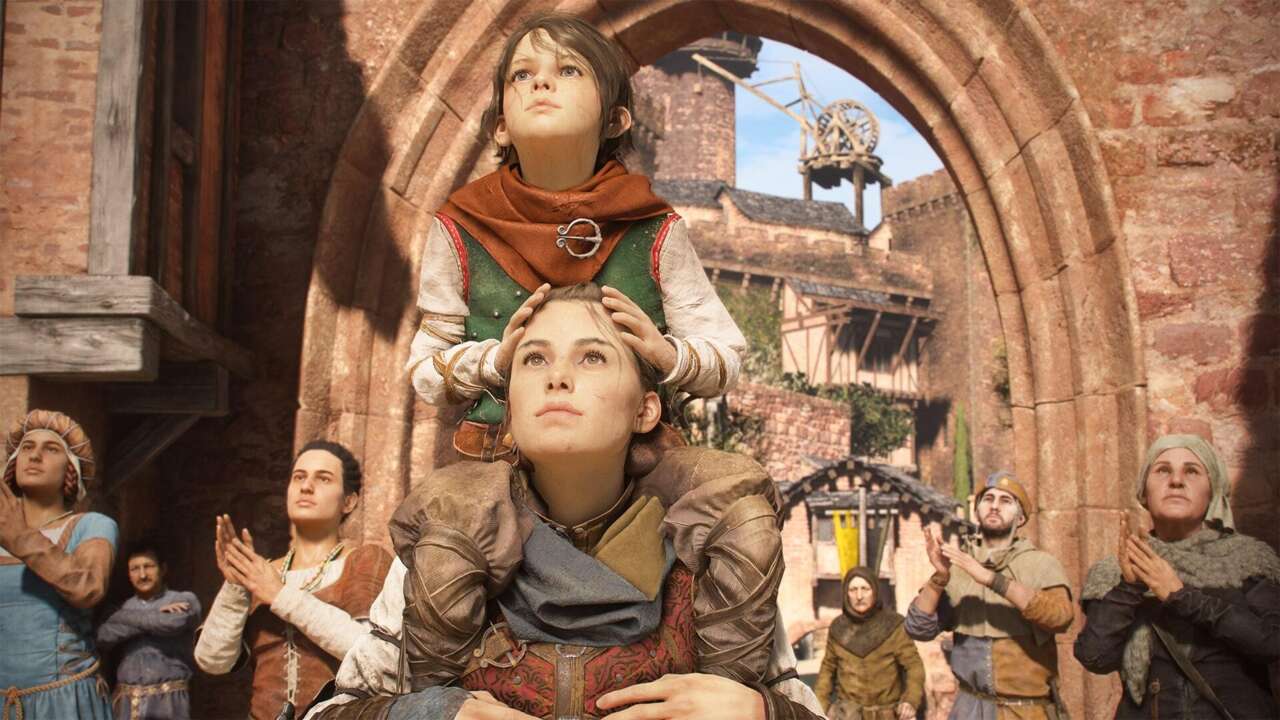 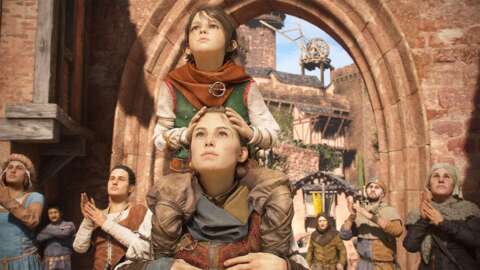 A Plague Tale: Requiem continues the cinematic, medieval, and stealth franchise on Xbox, PC, Playstation, and Nintendo Switch. Critics are praising the bleak narrative and the well done, if predictable, additions to its stealth action. However, several critics also mentioned technical issues, including frame rate dips and graphical glitches.

In GameSpot’s A Plague Tale: Requiem review, Richard Wakeling gave the game a 7/10 saying, “A Plague Tale: Requiem excels in the same areas its predecessor did. Its stealth-action gameplay is uneven but has at least improved, introducing more tools for you to play around with and expanding in scope.” He adds that the unique setting and heart-rending story adds a lot of value to sometimes rote stealth.

You can purchase A Plague Tale: Requiem directly, as well as gain access to it through Xbox Game Pass.

For a more detailed picture of reviews, check out GameSpot’s sister site Metacritic.

“At its core, Requiem feels like a game of stark contrasts. The picturesque setting and mesmerizing sights it frequently conjures make the influx of sudden violence all the more impactful, while also adding another element of terror to the darkness of night. You’ll enter a town where people are shopping at a florist’s stall, or taking in a street performance with exorbitant glee, and witnessing this makes it hit harder when the rats swarm in and leave the bare corpses of those same people in their wake. You see it reflected in Hugo, too, where the innocence of his childhood glee clashes with his harrowing circumstances, whether it’s because he’s wrestling with his disease and connection with the rats, exploding in anger at the world’s cruelty, or struggling to deal with the horrible things he’s seen.” — Richard Wakeling [Full review]

“Like a sugar-crazed child working their way to the bottom of a Halloween bag full of treats, A Plague Tale: Requiem is confident that the things which made the first game great will be even more delectable in ludicrous quantities. You liked massive swarms of rats? Well, how about we increase the number of them by a degree of 1,000! You enjoyed a gruesome and harrowing journey that tested the limits of your emotional resilience? Great, let’s increase your personal suffering by 200%! This follow-up to one of my favorite action-adventure games of the previous console generation turns the dials up to 11 in practically every way, and overwhelmingly benefits from those escalations despite sometimes being a bit heavy on the nihilism. With improved stealth action mechanics, a fantastic (and deeply depressing) story, and graphics that had me gawking, A Plague Tale: Requiem is an impressive glow up that’s easily worth the immense horrors it subjected me to.” — Travis Northup [Full review]

“The stealth action is engaging, but it’s broken up with clumsy combat, the game is visually stunning, but it runs poorly, and the story is compelling but is broken up too often by needless, frustrating action, and even then the narrative outstays its welcome long before the credits roll.” — Jordan Middler [Full review]

“This year has not had many options when it comes to high-quality narrative experiences. Most of the big game releases have been multiplayer-centric or focused on other things, so those who have been starved for a good story to sink their teeth into should rush out to play A Plague Tale: Requiem as soon as possible. The story is briskly paced with shocking plot twists and constant forward momentum bringing everything to a powerful conclusion that will stick with players long after the credits roll.” — Dalton Cooper [Full review]

“Between an affecting script and cinematic, emphatic moments like this, you’re tempted to put Requiem on a level with even the Sony monoliths – God of War, The Last of Us, A Plague Tale: Requiem. It’s an unlikely trilogy, but in some ways this double-A gem’s punches land as heavily as its genre-defining peers. But all that focus on storytelling, historical detail, and visual fidelity means there are little blindspots elsewhere.” — Dom Peppiatt [Full review]

“Nevertheless, it’s hard to begrudge Requiem this unevenness when so much of what it does lands exactly as intended, and even in stealth sections, when you do make it through in a clean take, it can be wonderfully gratifying to sneak through the large metal door that heralds a moment of safety. Frustrations fade away in the scope of a full-spectrum action adventure that shifts gear into exciting chases, then cerebral puzzles and teamwork, confidently keeping hold of your attention for almost 20 hours.” — Jon Bailes [Full review] 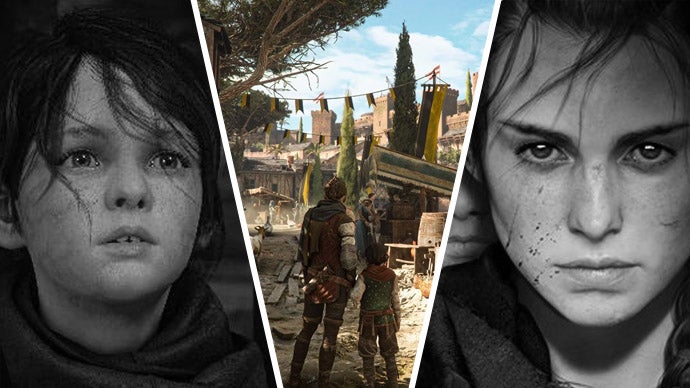 Previous Story:
A Plague Tale: Requiem refines and expands on the initial like each and every fantastic sequel really should 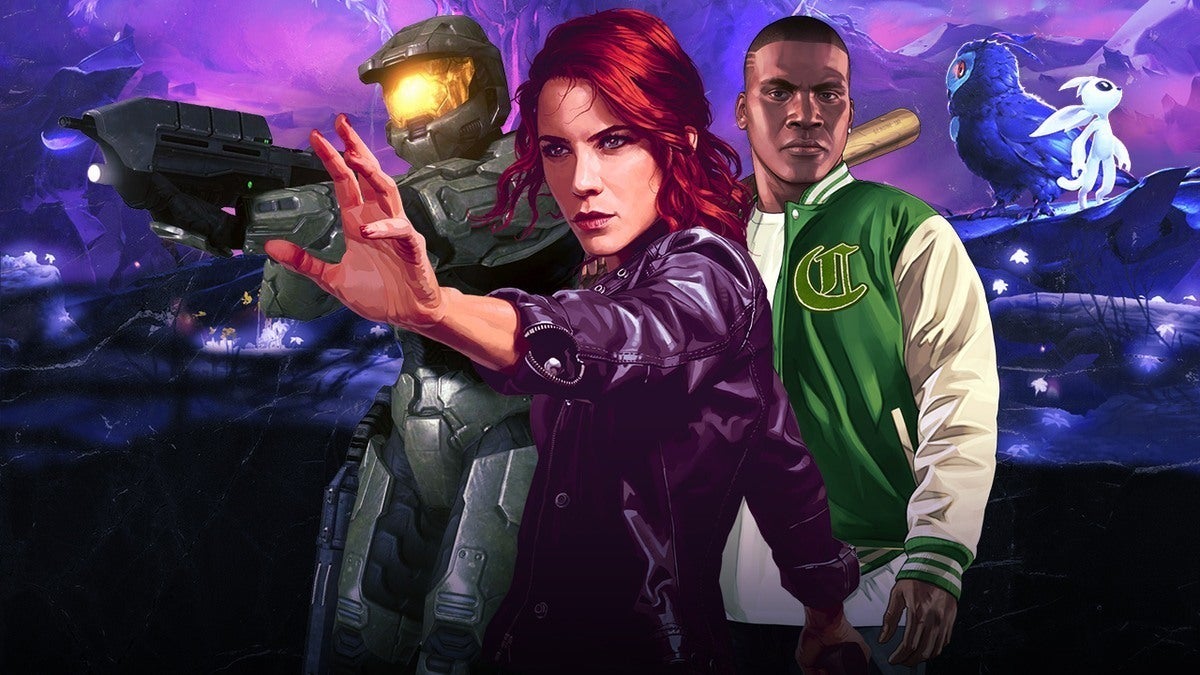 Next Story:
The Best Xbox One Games