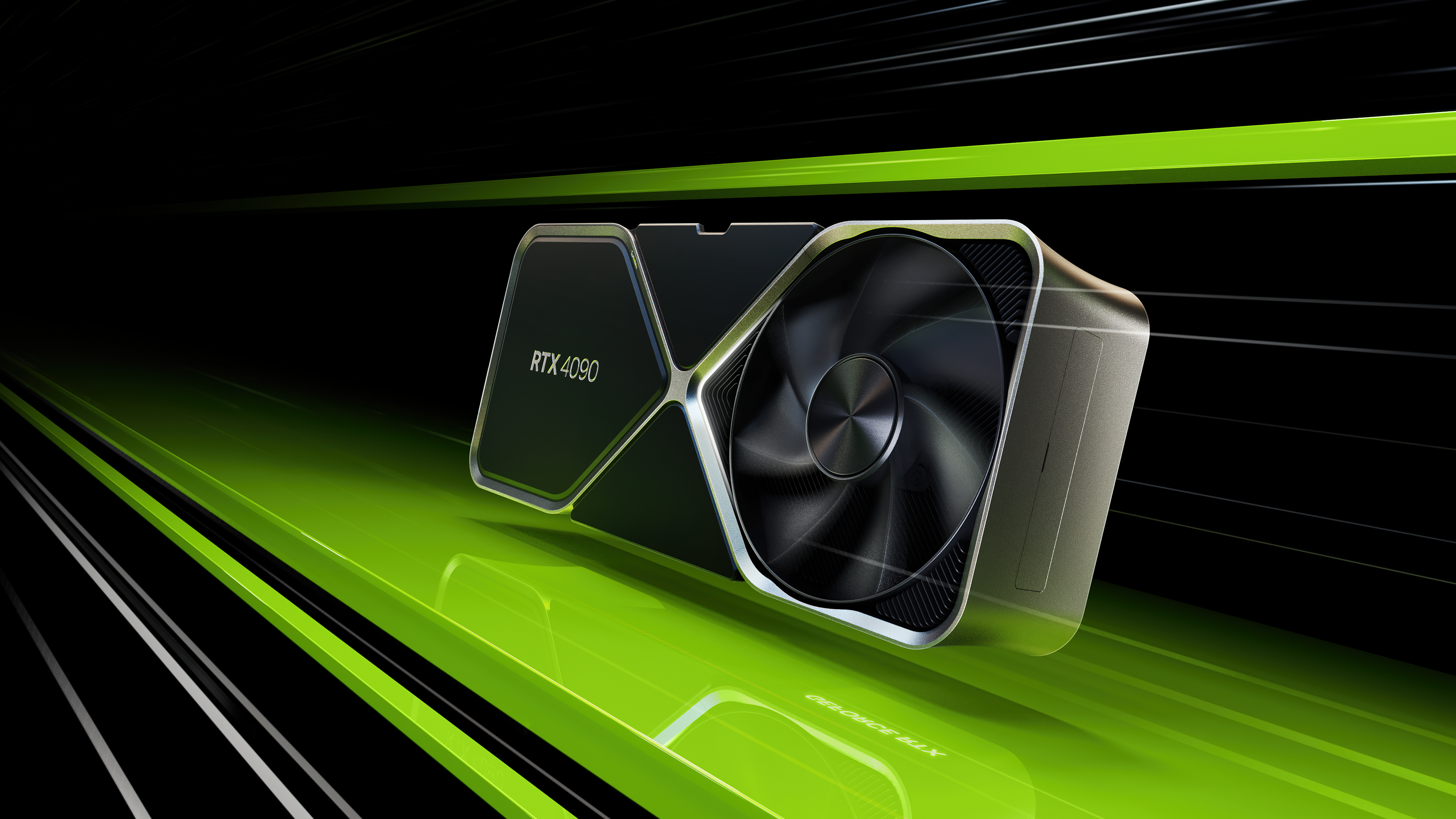 Advancements in PC graphics always move at a breakneck speed, but it does feel like things have been moving particularly quickly of late. Every recent new generation features leaps that are an order of magnitude larger than the last – though keeping up has also involved breaking the bank, either due to initially high vendor pricing or ridiculous gouging driven by crypto nonsense. The trend continues with Nvidia’s new GeForce RTX 4090 – a jaw-droppingly powerful new flagship card with a neat party trick: it breaks performance measurement.

What I mean by this is that the 4090 routinely and quite effortlessly does what I’ve only seen other cards do in very specific circumstances: it hits the point at which games can’t perform any better – not because of the card, but because the CPU can’t keep picking up what this beastly GPU is throwing down. This was primarily happening at lower resolutions like 1080p and 1440p but even occurred occasionally at 4K – and it was occurring with relatively recent games like Marvel’s Spider-Man. Maybe this’ll change with the imminent release of Intel’s 13th generation ‘Raptor Lake’ CPUs will help that element of the PC to catch up.

Regardless of what happens there, I feel like this is a pretty potent place to start a discussion about the 4090. At £1650/$1600, it carries an overwhelming price, but what you get for that is also overwhelming performance. This card is the new benchmark, the new high watermark – though it’s really only going to be completely worth it for those who have an entire setup that can support it – which means at the very least a top-range monitor and CPU, plus an overly-healthy amount of RAM.

So, let’s be clear: even with a top-range PC that cost many thousands to build, it’s not likely you’ll be able to unlock the full potential of this card from day one. This is, in a sense, a card for the future – even though the breakneck pace of GPU releases of late suggests that Nvidia will likely replace or upgrade it within 18 months anyway. It’s also not really a card that’s necessary for 1080p or 1440p gaming. At these resolutions, this is where you’ll hit a CPU bottleneck, therefore wasting money. The 40-series of Nvidia GPUs has a couple of weaker-spec siblings on the way soon, however – and those will likely be more suitable for that sort of play.

If you’re a 4K goblin, though, or playing in some sort of ultra-ultra wide setup and also want ray tracing, this is the card that dreams are made of. I love to play in 4K, and I love to crank up ray tracing – though on both past RTX generations even with the frame-boosting DLSS enabled doing so has felt like a give-and-take trade-off, depending on the game. The RTX 4090 is the first card you can throw into your PC and just… forget about it. Crank everything up. Throw your absolute worst at it. Cyberpunk, in 4K, with maxed-out ray tracing? With DLSS3, the 4090 crushes it. Even without DLSS, the performance is a ludicrous leap on the previous generation that makes things much more playable.

It’s an interesting position for this card to be in, as these cards – the ones that end in ‘90’ – tend to be for the real hardcore tweakers, people involved in rendering or creative apps, not just gaming. But Nvidia has shifted the way it’s marketing these releases, putting this one more squarely in the sights of gamers. The result is a graphics card that functions both ways: as a glorious ‘fire and forget’ max-power gaming card, and also as a powerful tool for those who want to wield it more like a rendering scalpel. At this level of power, the subtlety level it’s most suited to is that of a brick through your window, though – and that’s no bad thing.

Let’s talk benchmarks for a bit. Whatever 3DMark tool you throw at it – Time Spy Extreme, Port Royal, etcetera – the story is largely the same. Compared to the RTX 3090 – its direct predecessor – performance is at the very least doubled. The performance gap is honestly hard to believe – I look at this excel spreadsheet of numbers and can scarcely believe it. Initially, I ran a few things repeatedly, convinced that there had to be a problem somewhere. But, no, this is the real power level.

Hop over to games and the same sort of thing is repeated, though of course this is where the CPU bottleneck can come more fiercely into play. In Red Dead Redemption 2, a beautiful game and a benchmarking favorite of mine, the RTX 4090 can manage a near enough solid 120fps in 4K. That’s a jump of well over 65% of my benchmarking on a 3080Ti, my previous go-to GPU. Hitman 3 blazes up well in excess of 130fps, while Assassin’s Creed Valhalla is bumped over the 100fps mark, whereas the 3080 Ti only got it a smidge over 60.

While it’s now so old that it’s reaching the end of its testing usefulness to us, Shadow of the Tomb Raider has been a VG247 graphics card review staple – and it’s always played well with Nvidia cards. This saw a leap in frame rates of over 100% when compared to the 3080 Ti and pushing 70% over the 3090 and 3090 Ti – and that’s with all the bells and whistles enabled. Over in the world of ray tracing, with RT on Control is around 75% faster than the 3080 Ti. For Hitman 3, performance doubles. Just writing it doesn’t do the power being thrown around justice.

Nvidia had a few games they put forward as suggested tests, too. Flight Simulator is one of those games that began to bump up against the limitations of one’s CPU even with older cards, but that doesn’t mean you don’t see an uplift, mostly thanks to DLSS 3, the newest generation of Nvidia’s AI-powered upscaling tool. DLSS has proved vital to getting games to run well with ray tracing features enabled, and in early RTX cards was key to hitting 60fps with ray tracing enabled. Now, on the 4090, things are different – and Flight Sim is the perfect example.

Using the RTX 4090, Microsoft Flight Simulator can hit a solid 60fps at native 4K without DLSS enabled. Knock on DLSS 3, however, and the game can reach an astonishing average 120 fps. DLSS 3 works by AI-generating whole new frames from scratch – and it really works. Those frames very occasionally have the telltale ghosting of a technology that needs more refinement – but they’re generally amazing. The best way to trip it up is by doing something that changes the whole screen, like switching camera mid-flight during Flight Sim – but this technology nevertheless feels like magic.

While there’s a slew of other compatible games announced, the other main DLSS 3 showcase in the review period was Cyberpunk 2077 – a title that’d famously struggled on all but the most buff builds. The 4090 doesn’t even flinch. At native 4K, with ray tracing off, Cyberpunk runs at something approaching 80fps. Knock RT on and even without DLSS, it can hit a solid 40 fps. Turn on DLSS, however, and things start to get tasty. DLSS 2 could get Cyberpunk up towards and over 60fps, but DLSS 3 can push the game in excess of 120fps – and that’s with ray tracing enabled. It boggles the mind.

All of the above testing and notation is at 4K, and I don’t see much point in printing anything below 4K. I did a lot of testing, and I just don’t see a point in using it. I’d just be quoting massive numbers at you. This is a 4K card, and it regards anything below that resolution as puny. As one example, a 1440p run of Control will go to over 200fps without ray tracing or DLSS; pop on ray tracing with DLSS2 and it drops, but only to 180fps. Forza Horizon 5 runs at an eye-bleeding 250fps – and so on, and so forth. 1440p is barely a factor to this card; 1080 even less so. The RTX 4090 is for playing in 4K.

Money where your mouth is

So – the performance is amazing. This is an incredible piece of PC hardware. But can you afford it? I don’t just mean the $1600 there, either – can you afford everything else it comes with? For a start, there’s the 850W power supply requirement – many will need an upgrade to push that. My PSU didn’t seem to like the included PCIe 5.0 cable adapter, so I had to splash out on another from Amazon.

Then there’s the fact that the Founders Edition 4090 is massive – as big as an Xbox Series S. Some of the vendor cards are even bigger still, with even higher power requirements. The Founders Edition remains my favorite – Nvidia’s cooler design, slightly revamped this time around, is cool in both the temperate and aesthetic sense. But if you prefer a card from Asus or Gigabyte or something, it’s likely even bigger. How many will need a new case as well as a new power supply? Then you’ve got the price of running the thing, with electricity prices soaring. It’s not for the faint of heart.

Back in my review of the RTX 3080 Ti, I ultimately said the card was a ‘question of cost’ concluding that the card was amazing, but its actual use case would depend on how easily you could justify $1200. The story is much the same with the 4090, except it’s a whole $400 more. But – and bear with me here – I think that the 4090 might be better value now than the 3080 Ti was then.


Back then, the top tier was the 3090, this card’s direct predecessor. That was $100 less than the 4090, but the power jump from the 3080 Ti or even the vanilla 3080 up to the 3090 was relatively tame. This time around, the power jump is, as noted, absolutely ridiculous – and will, right now, crush pretty much whatever you throw at it with ease. This is a beast of a thing, and the ultimate graphics card for 4K gaming – but it’s only for those who want the cutting edge at any cost. It’s a Bugatti – exclusive, decadent, and in a way, a little bit silly. But I love to be silly. And decadent.

What’s perhaps most exciting about the RTX 4090 for the masses, however, is what it means for the future. The bleeding edge cards are always a glimpse of what will be possible at lower price points in just a few years time – and if this is a look at that, the current-generation consoles are going to be surpassed so much more quickly than we’re used to that it’s a little mind-blowing. The first attempt at offering this sort of performance at a slightly lower price point comes next month, when the cheaper but still burly RTX 4080 arrives.

The RTX 4090 is a chest-thumping statement from Nvidia. It’s a monstrous Thanos-sized gauntlet tossed down to AMD and Intel – and the point from which all of this generation’s new RTX cards will work backwards from. It has made clear one thing: this is going to be an exciting couple of years for PC gaming graphics. 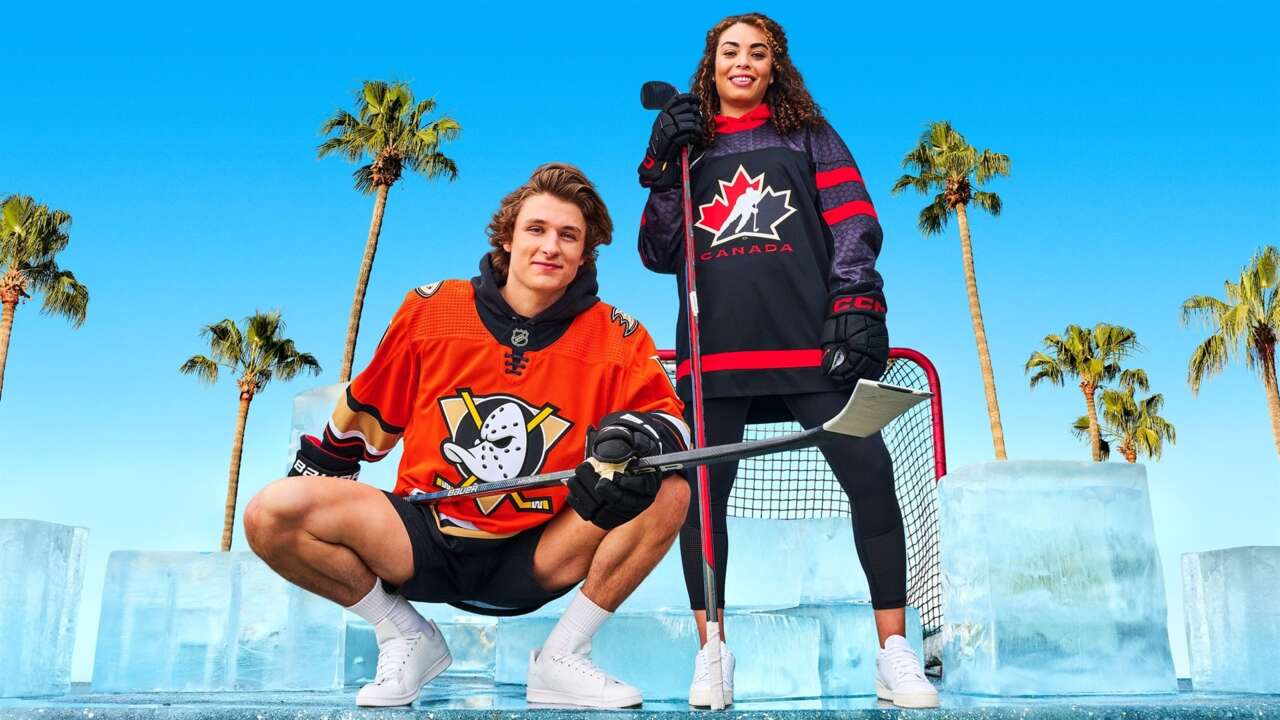