Revenge of the Sweater Vest

All hail the sweater vest. The sleeveless knitwear — long derided as a relic of country clubs past — is poised to become fashion’s next sleeper trend.

Already a favorite of fashion-conscious celebrities and avid thrifters, the style’s popularity snowballed on the fall 2020 runways, with brands including Gucci, Prada, Christian Dior, Cecilie Bahnsen, Alessandra Rich and Maison Kitsuné offering sweaters that allow for a greater range of arm mobility. The vests satisfy a trifecta of trends, invoking a certain level of gender neutrality, while playing to the yuppie revival movement and an overall return to dressier codes following years of casual influence.

Long and the Short of It: Looks by Simone Rocha and Yeezy include sweater vests of varying extremes.  Aitor Rosas Sune and Giovanni Giannoni/WWD

In considering the sweater vest’s historically nerdy reputation, Vita Haas, cofounder of the downtown boutique Café Forgot (which will start selling them come April), surmised that the style is part of a larger genre of polarizing styles. “It’s just one of those things that comes in and out like leg warmers, capris or fanny packs,” she said.

Maddie Bailis, women’s buyer for Bird, a network of boutiques across Brooklyn, thinks the style’s new popularity signals a larger return to more formal codes. “It is part of this new exploration of suiting. Streetwear is waning [from the runway], but there is still a deconstruction of what we consider [traditional] formal attire. It also plays to a certain level of gender neutrality,” she said, noting standout styles by Dries Van Noten, Margaret Howell and Alex Mill.

Sweater vests have already received a mark of approval from fashion shape-shifter Harry Styles, who in November wore a Lanvin sweater vest knit with a flock of sheep. Bella Hadid has been spotted in a zip-up cargo sweater vest by Reese Cooper, while Zoe Kravitz’s character in the new Hulu romantic comedy series “High Fidelity” is shown wearing an oversize olive knit vest in the show’s trailer.

Fashion obsessives have a constant eye tuned to Kravitz’s wardrobe, particularly in her series that chronicles the misadventures of a record shop owner in the rapidly-gentrifying neighborhood of Crown Heights, Brooklyn.

“She’s totally got this masculine, feminine energy and she’s got a few solid sweater vests that look happening in there,” said Kathleen Sorbara, owner of the Williamsburg, Brooklyn store Chickee’s Vintage, which has recently begun trading in sweater vests. “I think they go along with this whole theme of masculine femininity and vice versa, the line is not so definite anymore.” 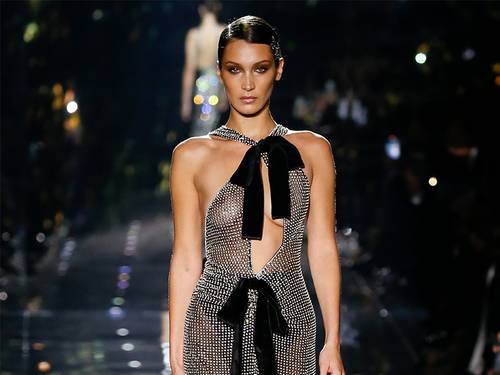 Previous Story:
Mark My Words—This Is the New “Naked” Trend

Next Story:
Coronavirus Impact: How the Epidemic Has Impacted the Fashion Industry